The MINI-Z RWD series combines a rear-drive chassis with a focus on driving and a Syncro KT-531P transmitter.

A MINI-Z racer that is completely established as an R / C model that anyone can easily start by just preparing eight AAA batteries. Among them, under the concept of "to make it easier for a wider range of users to enjoy", the Syncro KT-531P transmitter and a body full of scale that realistically reproduces popular models are included in the set. Is the "Minute RWD series". In addition to steering trim and throttle trim, the Syncro KT-531P transmitter is equipped with dual rate and LED control functions, and a sponge is standard equipment on the steering wheel to emphasize fit during control. In addition, a factory-completed body that fills the joy of decorating with a finish similar to that of a display model is also included. Since the chassis follows the proven MR-03, not only driving performance but also durability and reliability are included. Furthermore, by adopting a new board with a redesigned control program in line with the adoption of the Syncro KT-531P transmitter, linear handling is realized for steering, and an optional gyro unit (MZW446 / sold separately) is installed. The behavior when it is done is also more controllable. Since it is the best package for "the first R / C car", why not start your R / C life from this series?
* Since the Syncro KT-531P transmitter uses FHSS 2.4GHz, it is not compatible with the conventional ASF / MHS / FHS 2.4GHz system.


● Minute RWD series that uses Syncro KT-531P transmitter that can be set in various ways.
● The steering feel is dramatically improved by adopting a new board with a redesigned control program in line with the adoption of the Syncro KT-531P transmitter.
-The factory-completed body has a high-scale finish comparable to the display model.
● Full bearing specifications that adopted a total of 7 ball bearings, which was an option in the past.
● All MINI-Z Racer bodies can be installed. * A separate motor case and differential gear assembly corresponding to the mounting body are required.
● Adopts the original front suspension "VCS" that brings out the optimum camber change according to the suspension stroke.
● Optional gyro unit (MZW446) can be installed. The effect of the gyro unit can be adjusted with the volume equipped on the vehicle body (* When using the separately sold KT-432PT transmitter, it can be adjusted with the transmitter).
● Optional LED light unit Clear & Red (MZW429R) can be installed. 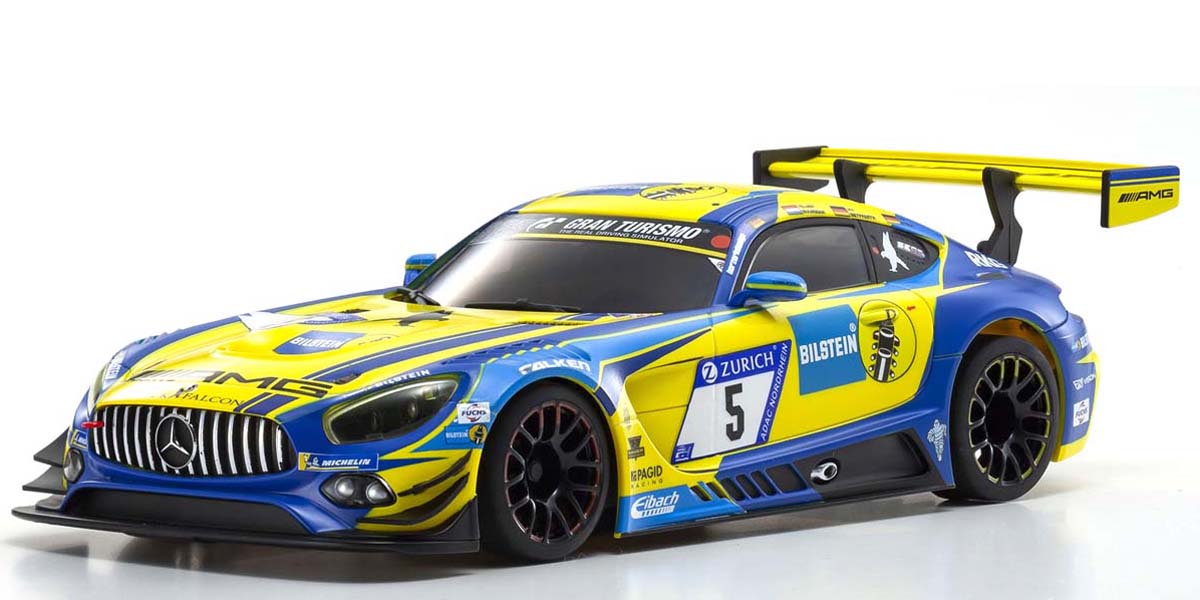 The fifth car of the Mercedes-AMG Team Black Falcon, which finished third overall in the 2018 Nürburgring 24-hour race, which was held under harsher conditions than usual due to interruptions due to rainfall and fog. 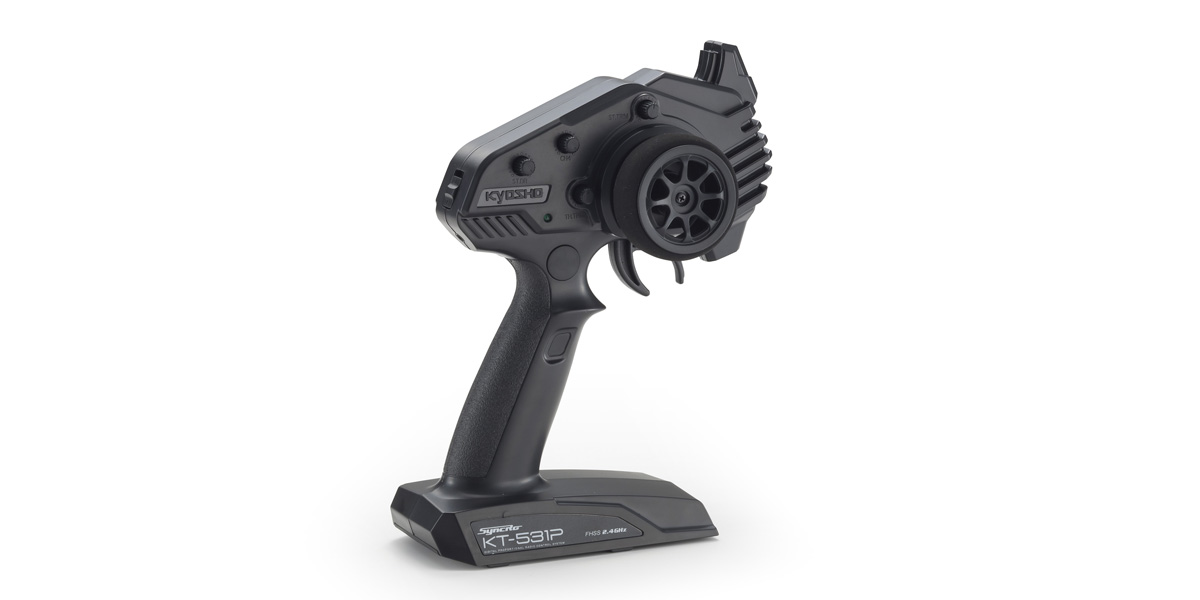 Includes Syncro KT-531P transmitter with stylish design. In addition to steering / throttle trim, it is also equipped with dual rate and LED control functions that can adjust the amount of steering angle. It is also possible to set a training mode that reduces the vehicle speed (factory mode is set at the time of shipment).

Since the chassis follows the proven MR-03, it is possible to install a wide variety of MR-03 chassis parts and a gyro unit (MZW446) that enhances controllability. 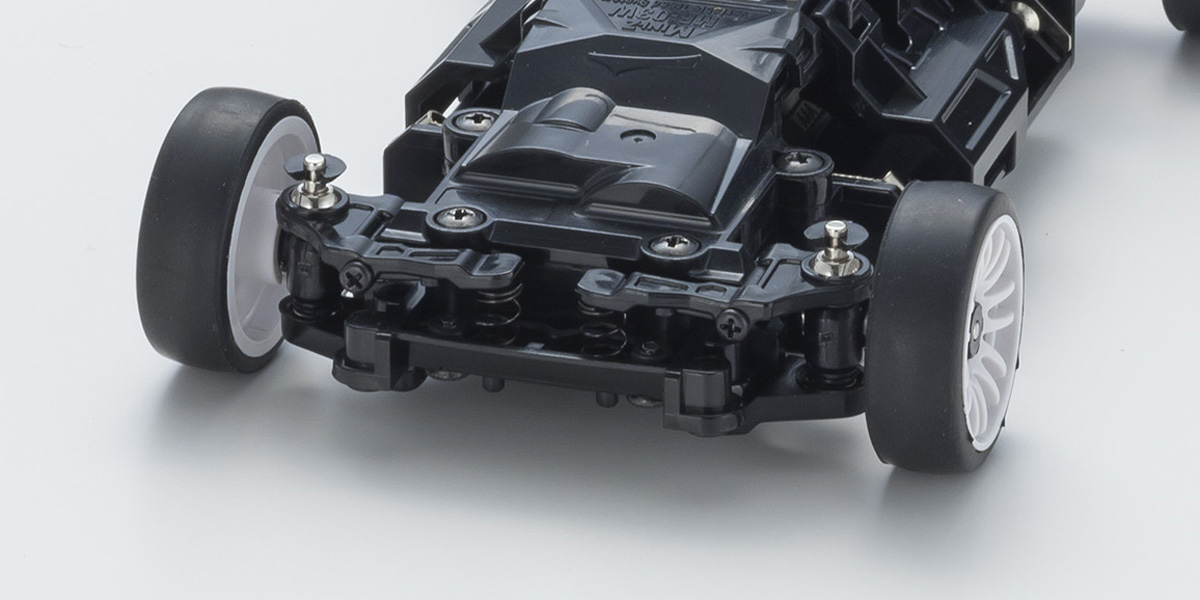 It can be changed to both narrow and wide treads by exchanging the front lower & upper plate and steering tie rod. In addition, it is possible to change the wheelbase according to the vehicle model (* Optional parts sold separately are required to change). 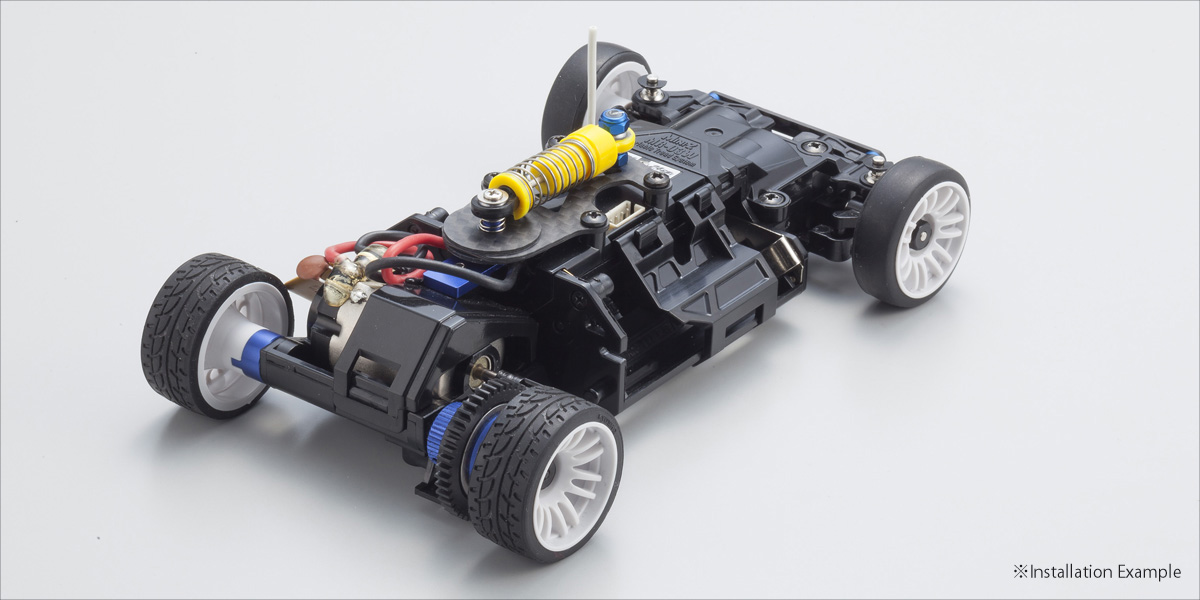 With optional parts for MR-03, which boasts a rich lineup, you can step up according to your budget and level.